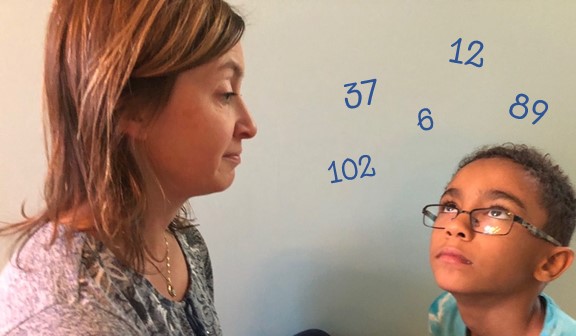 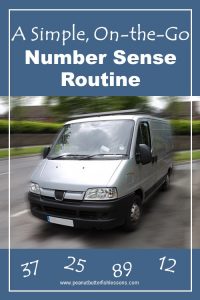 I Say, You Say Number Routine

Children can be good at memorizing information without truly understanding it.  Think about the child that can count to 10 super fast, but can’t count objects.  Or when your child thought ‘lmnop’ was one letter!  Even as children learn to count by 2s or backwards, they can fall into this same trap.  This routine is great to break children out of this rote memorization and make them think about what comes next in a string of information.  It can also be expanded to include practice of other math skills.

I Say, You Say simply means that you take turns saying numbers for the skill you are practicing.  You explain to your child that you will say a number and he will say the number that comes next.  At the simplest level, you would say 1, he would say 2, you would say 3, he would say 4, etc.  If you want to play with more than one person, great!  Just go around in a circle with each person saying the next number in order.

Other Number Sense Skills to Target

Once your child understands the routine, use it to work on whatever skill he needs to work on at the time.  Here are some examples:

1. Start with any number and count forward: This breaks your child out of rote counting.  My younger guy used to count from 1 under his breath to get to the number I said and then respond to what I said.  So obviously, this was a good level for us to work at for a long time. You can also target double-digit, triple-digit, etc. numbers this way.  So for example, you say 43….child says 44….you say 45….child says 46, etc.

3. Count by twos:  Sometimes start at one and sometimes start at two.  This skill will help them build that ‘two more’ number sense I mentioned in How Get Stop Your Child From Doing Math on His Fingers, which will then help your child make ‘friendly numbers’ when doing math. 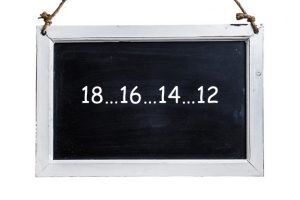 What Comes Next? Variation

Once your child is able to do many of the above tasks, then you can use a variation called What Comes Next?. Tell her that you are going to say some numbers and she has to tell you what comes next. So you may proceed something like this:

Feel free to mix in a variety of skills as long as your child enjoys participating.  Note, it is best to work at a level where you child is accurate at least 80% of the time, otherwise he may became frustrated.

I Say, You Say Math Facts

I wouldn’t personally use this routine to drill all math facts because that just seems like it would take the fun out of the routine.  But I do feel like I can get away with doing a small set of math facts around a specific number relationship we are practicing.

Make 5 and Make 10:  This is one of the basic number relationships children need to build number sense.  You would say a number and your child would say a number that you would add to that number to make 5 or 10 depending on which variation you are playing.  Examples: You say: 3….child says 2, you say 1….child says 4 or you say 3…child says 7, you say 6….child says 4.  If you are at home and your child needs some support in this area, I would encourage to pull out ten frames or an abacus to help him answer. 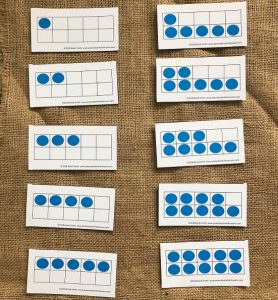 Double Numbers:   Doubles are one of the first sets of addition facts that are best to teach a child.  I will be talking about this more in a later post.  To target this skill with this number routine, you say: 2….child says 4, you say 9….child says 18.

If you have older children, get creative with I Say, You Say.  Versions that come to mind are: 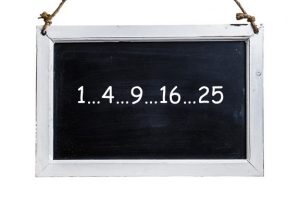 Money: You say an amount less than a dollar…Child says how much change from a dollar you need.  For example, you say $.74…child says $.26.

I am sure you will think of many more possibilities.  Would love if you shared some of them in the comments below so others can use them, too!