Learn About Canada in Your Homeschool

This week’s country in our Around the World in 11 Weeks series is Canada! Canada is the second largest country in the world!  Its history includes indigenous cultures as well as French and British settlers.  Northern Canada is part of the Arctic Circle, which provides a much different living experience than most people in the world are accustomed to.

Check out all the resources below to study Canada and grab the FREE printable portion.

Note: For ideas on how to organize your unit study, visit the Around the World in 11 Weeks main page. 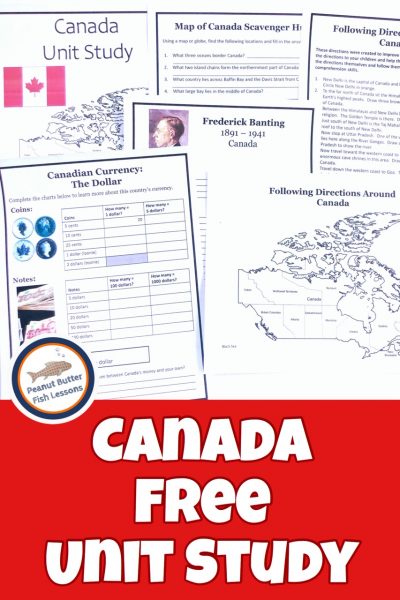 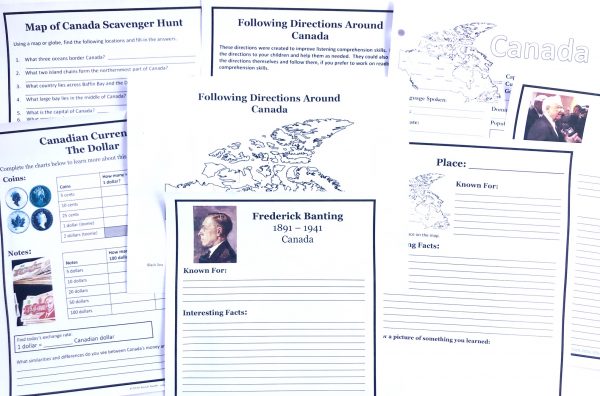 This video gives an overview of the history of Canada.  (10 min.)

Learn about animals of Canada with this video. (7 min.)

Travel Kids on YouTube has several videos from Canada.  (7 min. each)

Kids World Travel Guide contains a lot of information about Canada along with beautiful pictures.

Ducksters has a variety of information about Canada including the geography, economy, and government of Canada as well as famous Canadians with a few links to learn more about them.

National Geographic Kids has a slideshow of related pictures, fast facts, the history of Canada and more.

Kiddle is another great site with lots of facts about Canada.

Make a Mountie, a member of the Royal Canadian Mounted Police, with a toilet paper roll!

Make an Igloo or a Hockey Rink.

Play a Canada Bingo game or a Canada Day I Spy game.

Learn how to draw different leaves, including a maple leaf.

How To Draw Fall Leaves

Canada’s food  was initially influenced by indigenous people, as well as the British, French, and Scottish.  Over time, there has been a variety of ethnic influences on Canadian food.  Here are some foods you can make that really are unique to Canada.

Poutine is French fries with gravy and cheese curd and this is a super easy recipe to make them.

Or if you are feeling adventurous, you can make a Jigg’s Dinner.  Here is a recipe.

Find a Canadian playlist on your favorite streaming service or listen to this collection of Canadian Patriotic and Historical music.

Most people who live in Canada speak English, but in the Quebec province, French is the official language.  Rock n’ Learn has many videos for younger kids to learn French.

Learn by listening to picture books read in French.

This video is a good place to start for older students.

Duolingo is another free way to learn French

Land of Mist is available through Amazon Prime and follows a boat circumnavigating around Vancouver Island.

Visit Montreal with this short video through Amazon Prime.

Anne of Green Gables is set on Prince Edward Island and there are several movie adaptations of the book.  Anne with an E is a relatively new series on Netflix adapted from the books.

White Fang, about a hunter and a dog-wolf, is set in the Yukon Territory.

There are many webcams you can view all over Canada.

Here are virtual tours of eight museums throughout Canada.

Or travel to a variety of places with Canada from Home.

Since northern Canada is part of the Arctic Circle, the tundra biome would be fun to include in a study of Canada!  You can get started with the FREE vocabulary cards below: 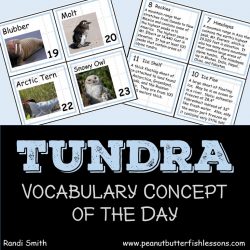 Don’t forget to grab the printable portion of the Canada Unit Study:

Success! Now check your email to confirm your subscription and receive your downloads.

What other activities have you used to learn about Canada?  Let us know! 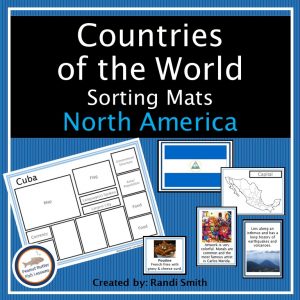 Check out these other ideas for learning about countries around the world: